From now on, the General Assembly of the United Nations is chaired by Sam Kutesa, Foreign Minister in Uganda, country criminalizing homosexuality and forcing people to denounce the homosexual relationships.

In order to make the state of Utah more gay-friendly, Human Rights Campaign decided to organize a tour in 17 cities.

Marylanders for Marriage Equality (Human Rights Campaign, Freedom to Marry and Equality Maryland) will try to push the legislation allowing the gay marriage in Maryland.

Elizabeth Taylor Dies This Morning: An LGBT Icon Is Gone

A legislation ensuring that in many cases COBRA benefits would be available for LGBT Americans if their partner quits or loses its job has been introduced in the House and in the Senate.

Hawaii is about to offer the civil unions for gays and lesbians. The Senate passed the bill.

HIV Treatment Not For 'Perverted Lifestyles' 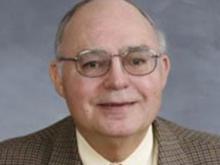 Larry Brown, a republican from North Carolina, declared that the HIV treatment is not for people living in a "perverted lifestyles" meaning people having contracted the disease because of drug or of a sexual behavior.

Don't Feed the Beast: A Criticism of HRC

In order to achieve full federal equality, we need the best organizations utilizing resources in the most effective way. There are thousands of LGBTQ centered organizations across the country, the most  recognized being the Human Rights Campaign (HRC). Founded in 1980 to raise money for candidates for public office who supported equality, HRC became a well known and powerful organization. Their square blue logo with the yellow equal sign would soon adorn LGBTQ owned vehicles in every city in every state in America. It became a calling card of sorts of the LGBTQ community, a statement of belonging, a symbol of equality and unity. HRC not only became a common name in households all over the nation, the organization would also become well known in Washington, DC and well connected in the Obama White House. However, HRC has many critics and skeptics in the LGBTQ community, many who claim HRC is an ineffective and lackluster organization bilking the LGBTQ community and profiting from our inequality. Why is the most powerful and well connected LGBTQ rights organization in the world coming under such intense scrutiny from the people the organization exists to represent? The Human Rights Campaign’s Corporate Equality Index 2012 came out this week, ranking hundreds of major US companies based on a set of criteria. These criteria include an assessment of companies’ non-discrimination policies, the offering of equal partner benefits, availability of LGBT resources for employees, the provision of transgender healthcare, a public commitment to LGBT causes, and a lack of support for anti-LGBT initiatives. The scoring falls under each of these categories, amounting to a highest possible score of 100.